The Mystery of the Somerton Man

It’s December 1st, 1948 in Southern Australia and one of the world’s strangest unsolved mysteries has taken place. At 6.30 a.m. the body of an unidentified man, now known as the Somerton Man, is found. I’ll save you the details of his death because, frankly, that’s the least interesting part of this case.

The initial crime, a man found dead on a beach with two unsmoked cigarettes, was hardly remarkable…except for the cryptic code left on the body. Witnesses had viewed him the night before lying on the beach in the same position he was found. They concluded he was likely to be passed out because he wasn’t reacting to the numerous mosquitos.

Based on the interviews it is likely he died around 2 a.m. the morning on the day the body was found. He was dressed well but missing his hat which was unusual for the time period. Even more unusual was the fact that all the labels were missing from his clothing. That made it difficult to trace his country of origin, whether it be Britain, The U.S. or from within Australia herself. His wallet was also missing.

Attempts to identify the Somerton Man (named for the beach at which he was found) were unsuccessful from use of dental records. Many identifications were made over time, including a guess based on a description of EC Johnson, who was later ruled out when the man himself appeared at the coroner’s office. Newspapers ran the story with a picture, but all lines of inquiry were soon exhausted.

There was a break in the case when a brown suitcase believed to be that of the victim was handed over to police. It was from the railway station he had been at earlier that day according to a ticket found in his pocket. There were a variety of items found but most interestingly was a coat which, because of the way it was manufactured, could only have been bought in America. Was the man American? Or had he purchased the jacket from someone of the same size who had just been in America?

Around this time a scrap of paper was also discovered deep in one of the pockets of his trousers with the words, “Tamad Shud” which means “it is finished.” A wide search discovered that this was a very rare copy of “The Rubaiyat of Omar Khayyam.” The detectives released this to the press and the copy from which it came was found in a car that had been abandoned two weeks earlier. The detectives concluded that the car belonged to the victim.

In the back of the book there were several lines written, believed to be some sort of coded message as well as the unlisted number of a woman living in nearby Adelaide. She was interviewed by the police but asked her name to be kept secret. The woman, later revealed as Jessica Thompson, told them a story about having given the book to a man named Boxall during the war. The Somerton Man was later disproved to be Boxall when he was discovered alive with his wartime copy of the book and the Taman Shud line still intact.

Recently, 60 Minutes revealed that the Somerton Man might be the victim of Ms. Thompson. Her daughter believes that she was actually a Russian Spy, and may have had an affair with, and subsequently produced a child with the unknown victim. There is a current petition to exhume the body for a DNA test which may prove whether a son of Ms. Thompson was fathered by The Somerton Man. All attempts at deciphering the coded message in the book have been unsuccessful to date.

This case has been infuriating detectives and police forces for decades. Time has taken away evidence and witnesses, and the window of opportunity to figure out this crime of mystery, intrigue, and murder keeps getting smaller and smaller. Luckily, solving a crime with The Murder Mystery Company won’t leave you wanting to pull out your hair. If you like a challenge, and you think you have what it takes, grab your detective hat and hop on over to a public show with us. We guarantee you will have a killer time. 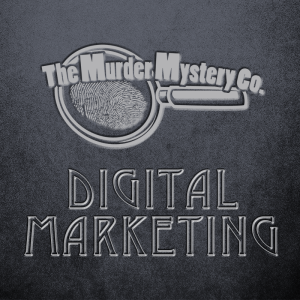 Ready to turn your friends into sleuths and suspects? Let’s leave the mystery out of the planning. Send us a little bit more information about your event and we’ll get you one step closer to uncovering the killer!